If your area has been affected by Hurricane Nicole and you need to obtain Business Property or General Liability Insurance, please reach out to an Insurance Advisor.
INSURANCE 101 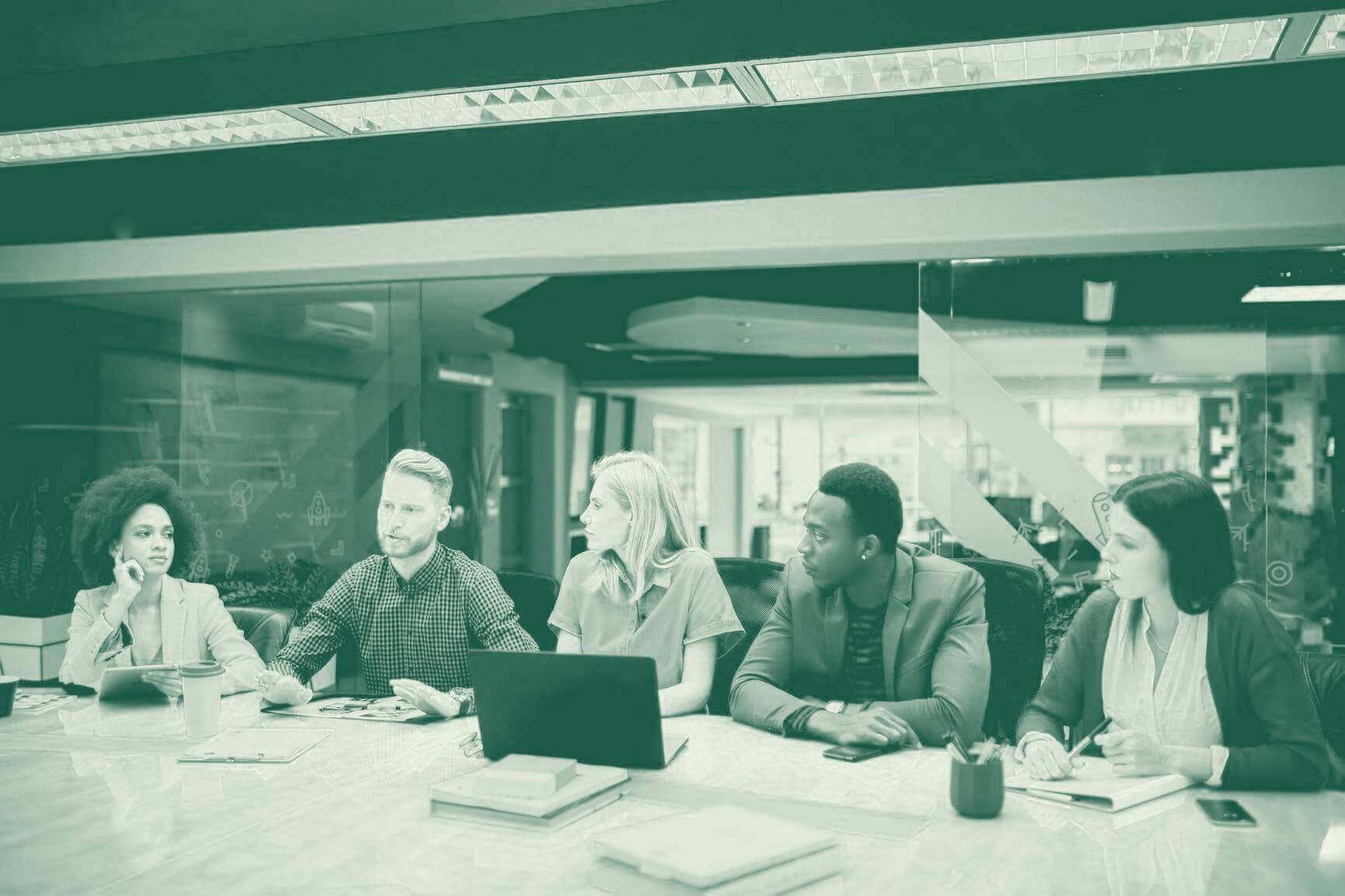 “With Vouch, we were able to get the exact coverage we needed without weeks of paperwork — and get the peace of mind that comes with being properly covered.”

Tailored to your stage and vertical

Pricing in minutes
APPLY NOWTalk to an advisor

A comprehensive guide of nexts steps to take when you and your investors aren't seeing eye to eye.

Yielding 10x growth or more, known as “hockey-stick growth,” remains the goal for many investors. But only one percent of startups become unicorns; in fact, most VC-backed companies don’t reach their expected rate of return. “That means 95% of founders—or more—are gonna have a bad time,” explains Rand Fishkin, the author of Lost and Founder, and co-founder of Moz and more recently of SparkToro.

The gulf between expectations and how things play out can be substantial. However, that doesn’t have to fuel fights among stakeholders who are—at the end of the day—all on the same team.

Says Noa Matz, a startup psychologist and operating partner at F2 Venture Capital, which has backed companies acquired by Apple, Microsoft, and Salesforce, among others. “There are bound to be disagreements between founders and involved investors. What is important: a healthy relationship so these disagreements do not become toxic or long-lasting. They can be beneficial and opportunities for growth rather than destructive.”

Communication is the key, she says. “Interaction should not be limited to board meetings and emails. Rather, you should be able to informally debrief after a board meeting, to discuss arguments and disagreements in less stressful environments.”

Matz encourages investors to create these comfortable spaces so founders don’t feel constantly judged or criticized. And in return, founders need to remain open and not build up defensive walls.

Jason Yeh, the founder of Adamant Ventures, agrees that conflict shouldn’t be feared. He teaches early-stage fundraising and broadcasts via the Funded podcast. Yeh has been an investor and has also raised multiple rounds as a venture-backed founder. “In any healthy relationship, there are going to be disagreements and differences of opinion,” he says. “It’s really more about how the two sides work through those.” Get that right and conflict can be a powerful catalyst, he points out.

Many times, a founder will have narrowly focused expertise and investors have the benefit of seeing many, many, many companies—ones that pitch, plus ones they invested in that failed and others that succeeded. There’s no right answer.

“Founders just need to be great listeners, exercise the muscle of judgement, and be ready to be wrong. That can be a really hard thing for first-time founders to embrace. But people are wrong all the time; even the best founders with multiple exits make mistakes!”

Not every stumble winds up being an extinction-level event. In fact, startups that pivot once or twice have 3.6 times the user growth and raise 2.5 times more money.

Case in point: Sneaker and streetwear e-tailer GOAT just doubled its valuation to $3.7 billion in a late-June Series F raise. But cofounders Eddy Lu and Daishin Sugano had several failed ventures before launching Grubwithus, an app for dining with strangers, with help from Y Combinator. The idea didn’t quite stick the landing, but the team shifted into selling rare authenticated footwear, which users can “try on” via an augmented reality feature.

“They were running out of money and were like ‘we want to try one more thing, not related to anything investors backed us to do,’” Yeh says. “‘Let’s try a Hail Mary!’

“A wild pivot can be a controversial decision and sometimes investors say, ‘we don’t think you’re the right team for this and you should just return the capital.’ But sometimes it works out like with GOAT.”

Know when to hold ‘em, fold ‘em and walk away

Other times, the tension reaches a pain point. Half of VC-backed companies wind up removing founders within 18 months to three years.

“It's easy to vilify the situation,” Yeh says. “But they're not doing it just for fun! That’s a horrible situation to have to do that to somebody. But sometimes a founder has built something great and the business is entering another phase, which requires a very different skill set. It’s rare for someone like Mark Zuckerberg to start as founder CEO and make it all the way.”

“Every time you take on new money, it’s basically a new job. So founders should have very honest conversations with investors to understand the expectations about that evolution,” Yeh explains.

Growing pains and depression prompted Fishkin to voluntarily step down as Moz’s CEO in 2014. He felt poorly suited to all the HR, process building, and organizational development as the company kept expanding. He remained chairman of the board of directors and “had a lot of conflict with investors—who held two board seats—about the direction of the company, choices that leadership was making, strategic decisions, product investments, how they were using money that had been raised, all that kind of stuff. Eventually it came to such a head that I negotiated a departure.” (He left in 2018 and Moz was just acquired by iContact Marketing Corp in June 2021. His comments all pertain to past experiences.)

“My advice for founders going through some stuff: you can and should retain the CEO position, and if you need a break—even a long break—that’s fine. You can promote someone to be president and they report to you. They’ll do virtually all the jobs a CEO would do, but you have the final call. If you want to still have an impact on the company, stay there.”

Or alternatively, make a clean break and walk away. “It's an incredibly emotional decision,” Fishkin says. “You build a thing and have a vision for it and you’ve spent years of your life on it…”

“Maybe this would have been the more successful move,” Fishkin reflects. “I want to allow that maybe my ego—and conflict between leadership and myself—was getting in the way. Maybe I should have just left the company.”

When Fishkin finally did move on, he wound up co-founding SparkToro, an audience research tool, in April 2020. “We had an outstanding first year,” he says. “If we were venture backed, it would have been a success. Maybe not the biggest success in the portfolio, but absolutely a success.”

Fishkin and his co-founder Casey Henry remain the only employees and take a “zebra, not unicorn” approach. Unlike Moz, which raised $29.1 million, SparkToro launched with $1.3 million angel financing—and hopes to avoid the classic “succeed on massive scale or die trying” model of tech startups. To help other companies grow sustainably and benefit their communities, SparkToro has open-sourced its investment documents.

“It’s wonderful to build a company that’s doing well, even in a new space and in this weird, challenging COVID time…and to be able to do that while maintaining work-life balance,” he says. “It’s going to potentially show folks there’s this other way outside the ecosystem built around the hundreds of billions of dollars in support of that asset class.”

“With Vouch, we were able to get the exact coverage we needed without weeks of paperwork — and get the peace of mind that comes with being properly covered.”

Tailored to your stage and vertical

Pricing in minutes
APPLY NOWTalk to an advisor
VOUCH IS THE INSURANCE OF TECH
Get instant guidance based on your stage and vertical.
GET COVERAGE RECOMMENDATION 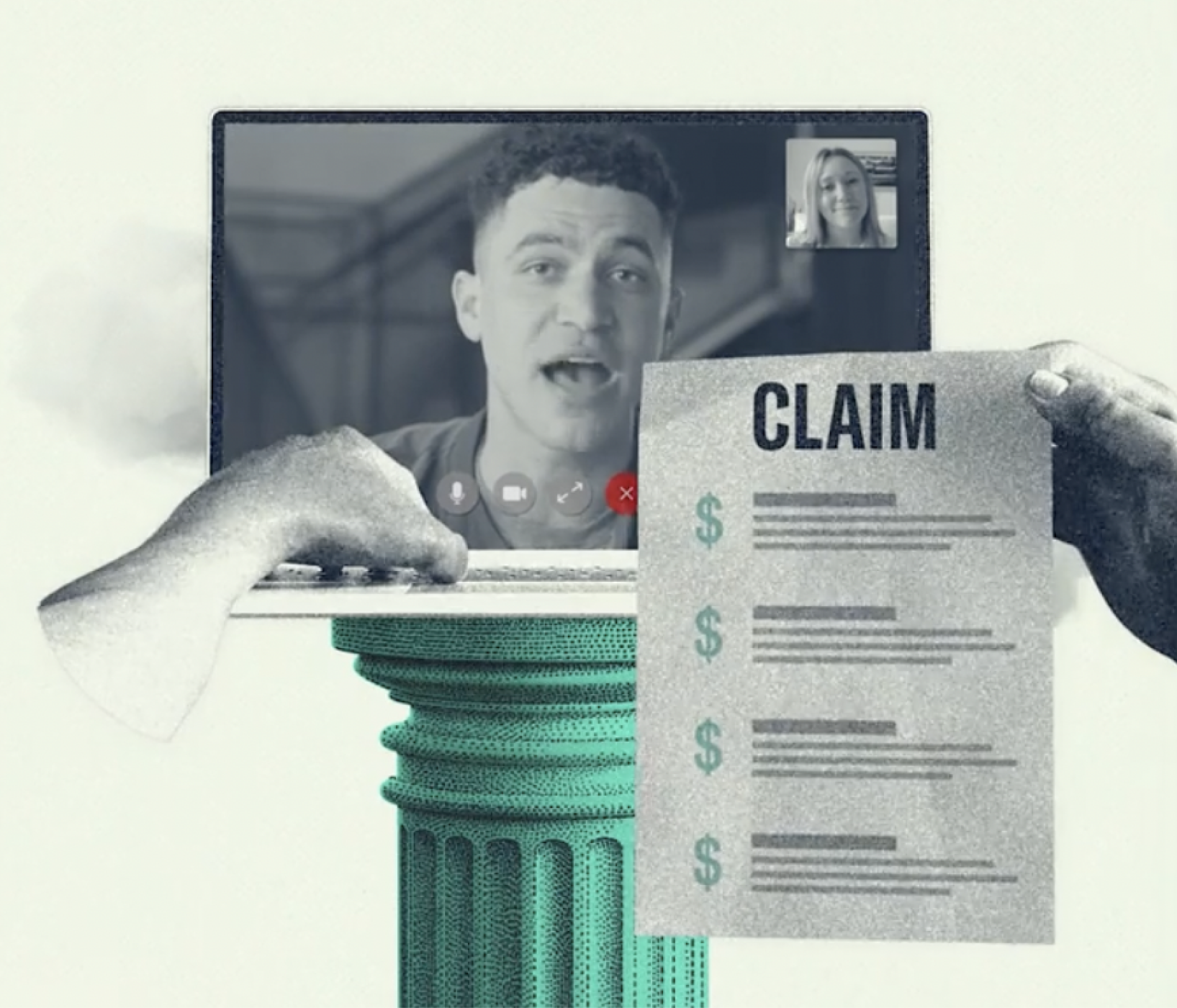 How to get business insurance from Vouch.

01
Start online application in as little as 10 minutes.
02
Questions? Speak with your dedicated insurance advisor.
03
Activate coverage and modify as you grow.
START APPLICATION
Suggested Articles 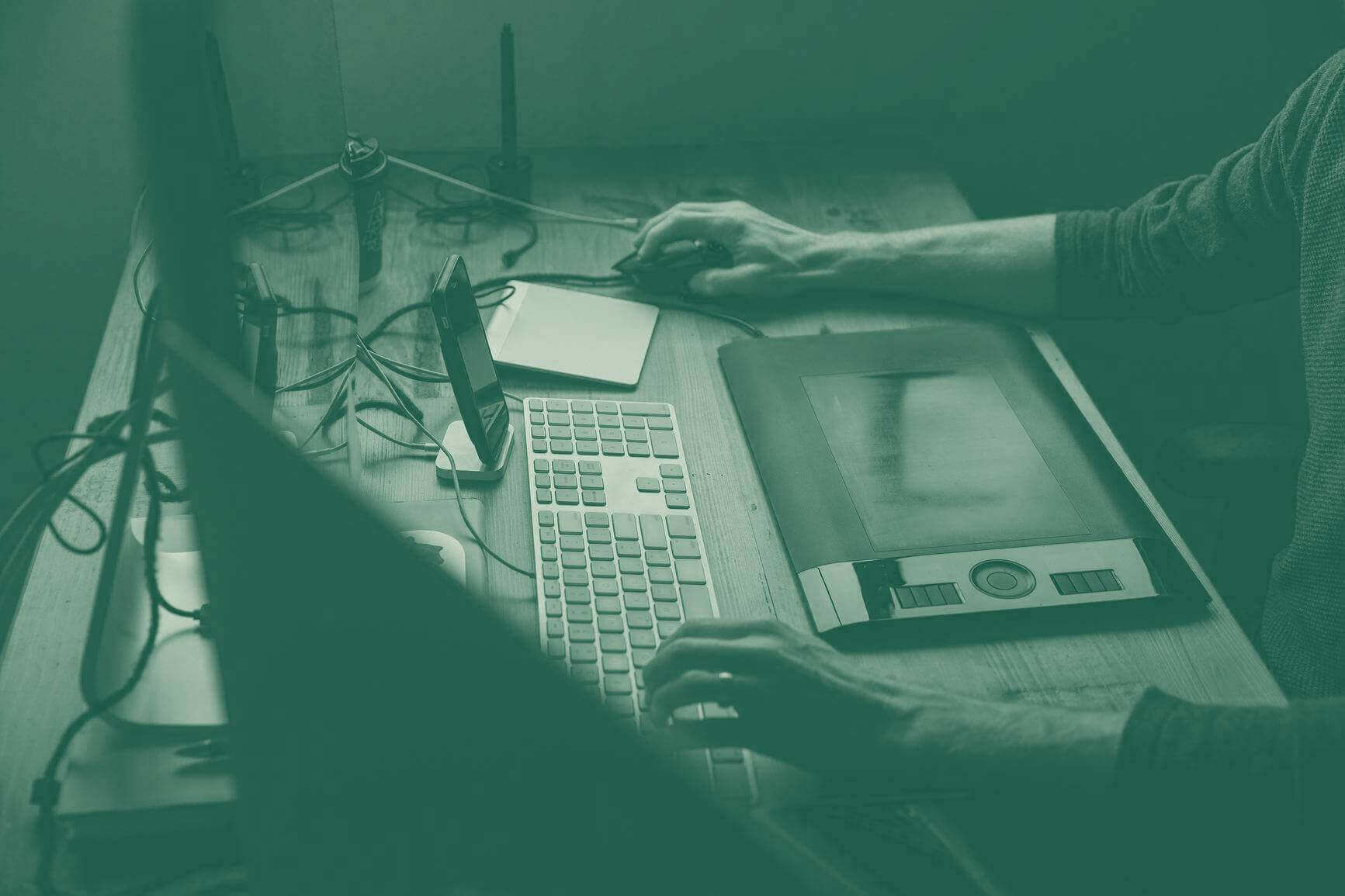 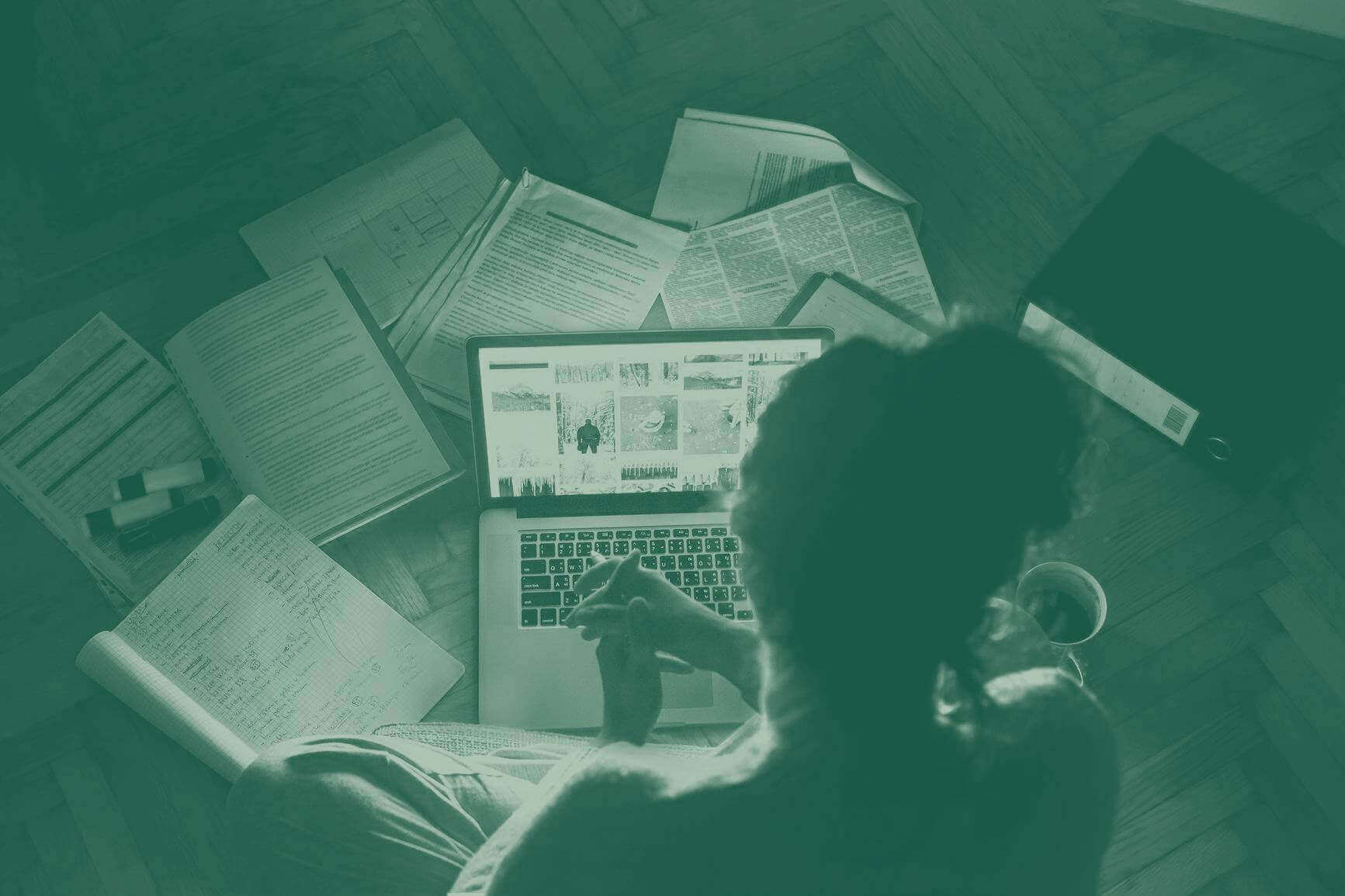 Crime Insurance and the Distinctions between other Liability Coverages
The impacts of being under-insured can be immense. Crime coverage can manage risk and bring peace of mind.
Crime
Risk Management 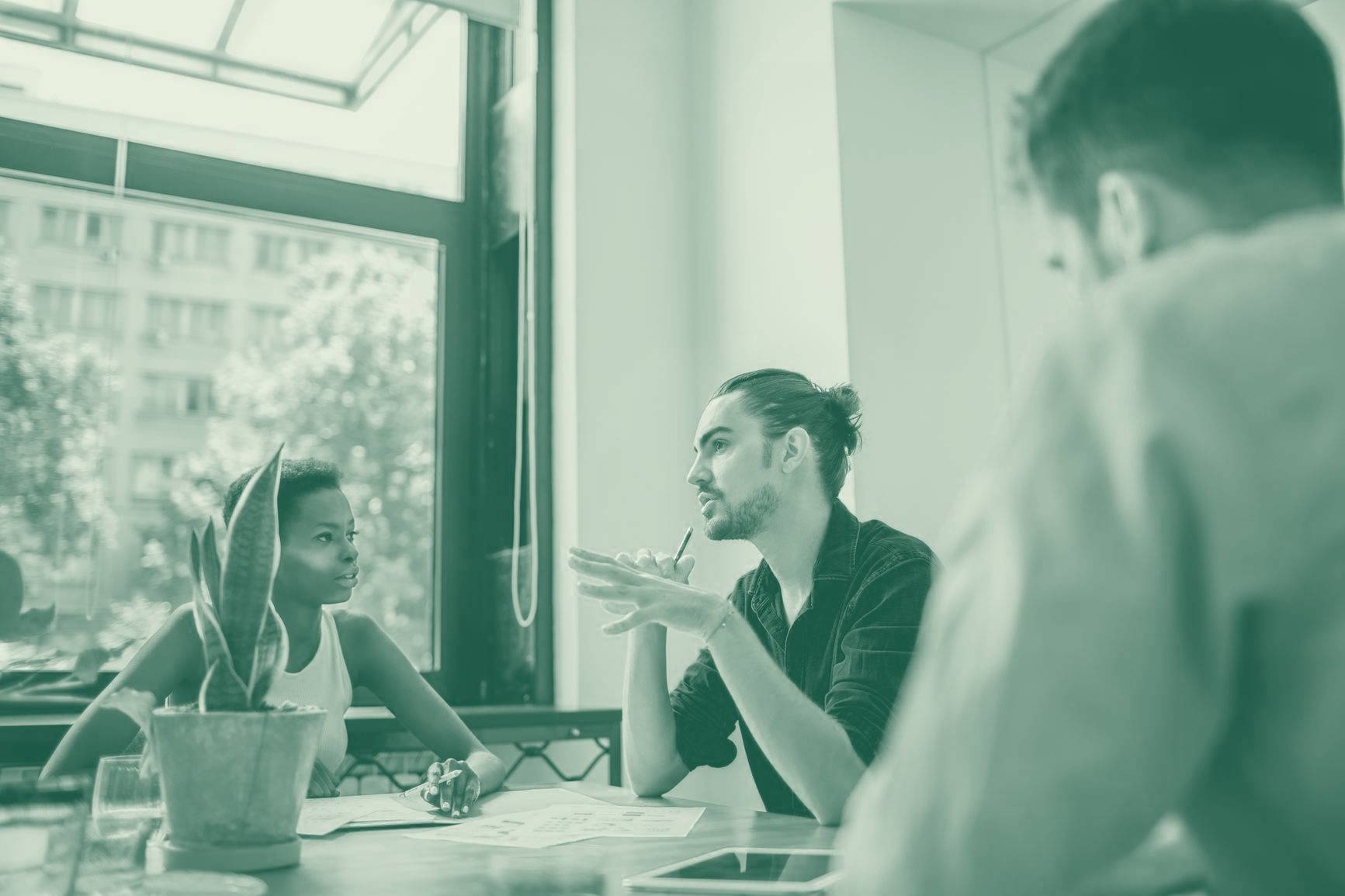